Three of us had visited The Cathedral of Santa Maria el Real in the center of the old city earlier in the day and had found it closed, disappointed we left.
On our way back after dinner, a few hours later, we thought we might try the Cathedral again, visiting hours were well over but we saw a few people coming out and found that there had been a private service that had just ended. No be deterred by something like a sign we went in. We had a chance to wander around for about 10 minutes before we found ourselves in danger of being locked in. While this might have been interesting we felt the prudent thing to do was to leave. Just before I left I wanted one more picture. As I was about to take the shot the lights went out and this is what I got – my flash was the only visible light in grand the space. 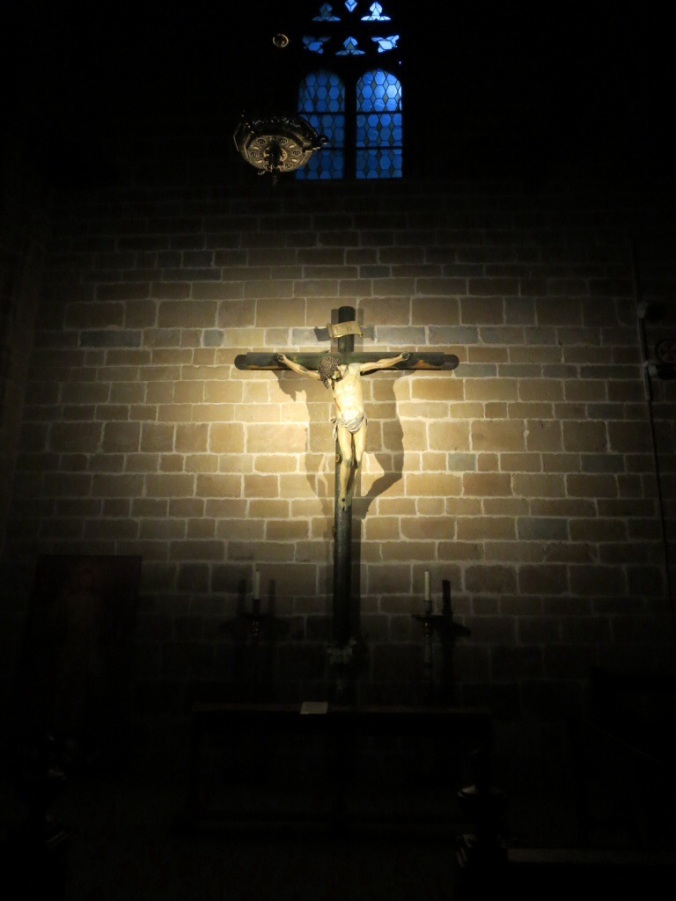 2 thoughts on “The Cathedral after dark – Pamplona”